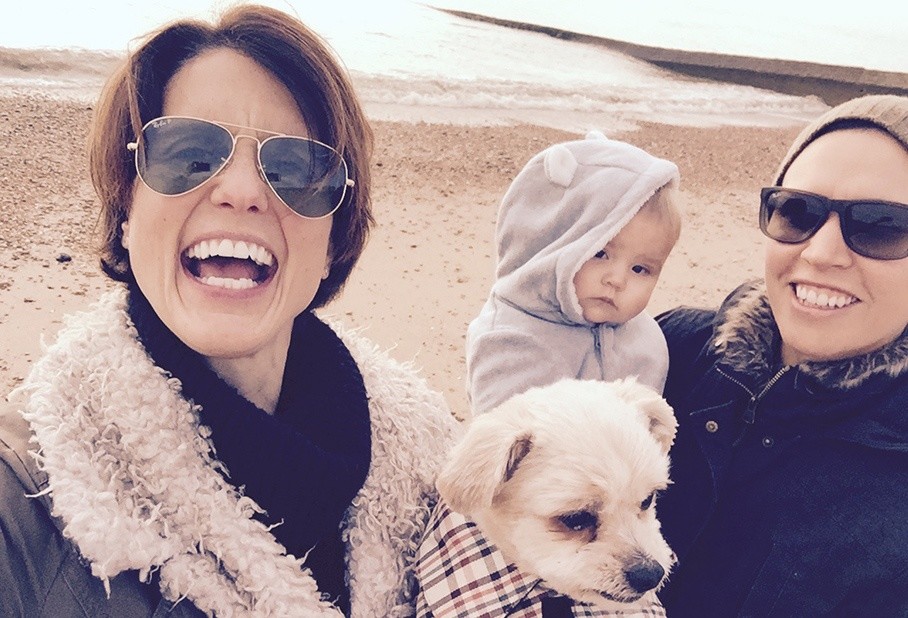 At this year’s Pride festival in Brighton. Heather and her wife Ellie became parents following treatment at the clinic, which involved egg donation between the couple leading to the birth of a healthy baby girl. We asked Heather to tell us more about her experience…

Why did you choose the Agora?

There were options for us in London, but we chose the Agora partly because it was close to home. A lot of people don’t realise just how much time you need to spend at the clinic when you’re going through the process; there can be four or five scans a week. Travelling to and from London would add to what is already quite a stressful process. It’s so important to look after yourself and to feel relaxed, and the fact that the Agora was just around the corner made a really big difference.

Another major reason for choosing the clinic was because when we met the staff they were just so wonderful; we were made to feel very comfortable, welcome and they were kind. As a same-sex couple you’re always worried about people’s attitude towards you, in the same way as years ago when I checked into a hotel and they’d say, are you sure you want a double room?

How did you decide who should donate eggs and who should carry your baby?

We used my eggs and Ellie carried our daughter. We are hoping to try it the other way around using Ellie’s eggs and me carrying the baby if we are lucky enough to get pregnant a second time.

How did you decide that this was the right time?

It was a big decision. To get to where me and Ellie got to was the most thought out, the most considered, the most perfect time we could find for making a family – it took years of talking and thinking about how we could give the best life to a child of ours.

What were your main worries before you started treatment?

The uncertainty of whether it’s going to happen for you; whether you are going to be lucky enough. You have to be really sure you want to do it because the process can be a very long road that really tests your relationship.

What kind of support did you get from the clinic?

The staff here are pretty amazing because they are dealing with people who are highly emotional, with quite a lot of hormones involved as well. Despite that, we were always made to feel it was just about us and they were always sensitive and kind. There’s a very calm atmosphere in the clinic; the staff absolutely believe in the whole mind, heart, body working together so when Ellie had the embryo implanted it was just such a calm place; it’s not proven but I believe the calmness helps with getting pregnant, without a doubt.

As well as emotional support, all the legalities were taken care of. Before our treatment started, the staff took us through all the consent forms so that we really understood the legal aspects. When we signed those forms, it meant that we both became the legal parents of our daughter at birth.

How did you go about finding a sperm donor?

What was the most stressful time?

Because I am a bit older, my egg reserves were lower so the most stressful time was the two-week wait waiting to find out whether the embryo had implanted.

How has it affected your relationship?

It’s important to understand that IVF is a programme, not just one treatment; as a couple, you have nothing else to talk about because every day is about where you are in your cycle, what injections you have to do. But because we went through this together, it has brought us even closer. I want to thank the Agora for making me and my wife the happiest we’ve ever been in our lives.